BENEFITS OF UAVS IN INSURANCE COMPANIES AND HAILS 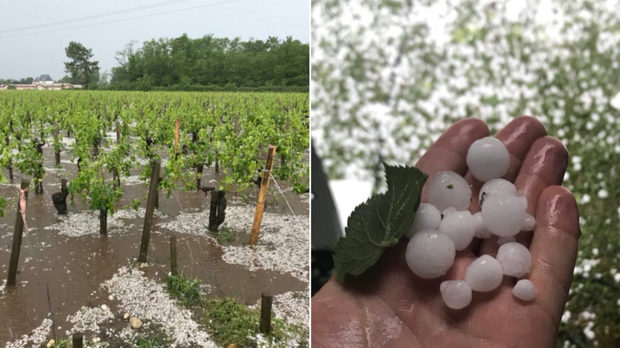 How much easier would it be if the insurance companies used drones to identify the damage done after a hail? The answer is “Definitely much easier!”. Very soon, the usage of unmanned flying vehicles to check the roofs of houses can be so routine that no one will be impressed when he sees a small drone, with raised propellers and attached camera, hovering over a hail ruined roof.

Drones are still in testing phase, but the hope is that unmanned airplanes will check for damage much faster and safer than a specialist. It would take a few hours for person (controller) to inspect the damage, while a Buteo drone could do the check much more accurately for no more than 30 minutes. The advantage of this UAV is that it can reach a maximum height to a total of 1,000 meters from a take-off point, and at the same time manages to deal with winds up to 18 m/s.

During the 30-minute rooftop flight, the unmanned flying vehicle, to which a high-resolution camera is attached, passes through a multi-stage process seeking damage. Photographs from the corners and sides are taken first. From the GPS position and the camera angle, the drone can measure the roof’s dimensions. The next phase is scanning the roof to obtain common details.

Hailstorm is also a common problem for farmers, which leads to a lot of damage to the crop, and therefore to financial losses. After hail or other climatic disaster, farmers may submit an application for monitoring of agricultural land by an expert commission. It establishes the damage and issues a finding protocol – to registered farmers in the case of total crop damage, or a simple protocol – to registered and unregistered farmers with less than 100% damage.

The National Crop Insurance Services (NCIS) finances a study by the University of Saskatchewan, Canada, which examines the possibility of using drones to assess hail damage to plants and to accurately determine the possible loss of production. As a part of the experiment, the researchers recreate hail damage using a hedge trimmer to cause similar damage to the crops. They then collect data to determine the consequences and losses.

Researchers use a drone to track the growth of the crop after the damage. “We looked at the vegetation indexes to see if we could use them to predict how much loss of yield we would have,” said Saskatchewan University’s agronomic researcher, Lena Syrovy.

The method of experimental crop evaluation involves measuring the vegetation indexes of the plot, which is determined by the drone’s attached cameras each of which produces a picture of different wavelengths (RGB and NIR). The pictures are then merged to calculate the different indexes. The method evaluates the vegetation of the crop to give recommendations for appropriate fertilizers using the normalized vegetation index (NDVI). Syrovy says the information gathered could be beneficial to both regulators and farmers.

It turns out that using a drone to determine damage after hail has many advantages and not a single disadvantage, no matter if it is on a roof or a field. It saves time and money, which is absolutely sufficient to become a mass-used product for such problems. 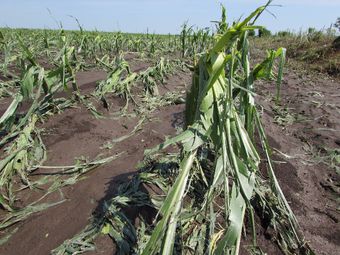 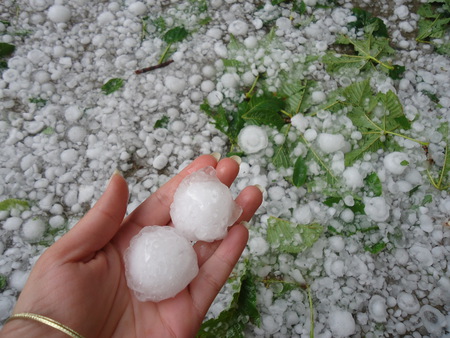